Like people on earth, angels have discernment and volition. Heaven’s light produces their cognitive life because heaven’s light is divine truth and the divine wisdom that comes from it; while heaven’s warmth produces their volitional life because heaven’s warmth is the divine good and the divine love that comes from it. The quintessential life of angels is from the warmth, but not from the light except to the extent that there is warmth in it. We can see that life comes from the warmth because when the warmth is taken away life dies. It is the same for faith without love or for truth without goodness, since the truth that is attributed to faith is light and the goodness that is attributed to love is warmth.

All this becomes even clearer from the warmth and light of our world, to which heaven’s warmth and light correspond. From the warmth of our world, united to its light, all things on earth come to life and blossom. They are united in spring and summer. However, nothing comes to life or blooms from light separated from warmth—everything languishes and dies. They are disunited in winter, when the warmth is gone but the light remains. It is from this correspondence that heaven is called a paradise,108 because there the true is united to the good, or faith to love, as light is united to warmth in springtime on earth.

from Heaven and Hell, Section 136

The reason the love that emanates from the Lord as the sun is experienced as warmth in heaven is that the deeper levels of angels are involved in a love that comes from the divine good, which in turn comes from the Lord. Consequently, their more outward levels, which are warmed by this, are in warmth. This is why warmth and love are mutually responsive to each other in heaven, so that everyone is in the kind of warmth that accords with her or his love, as follows from what we have just been saying.

Our world’s warmth does not enter heaven at all, because it is too crude, being natural and not spiritual. It is different for us, though, since we are in the spiritual world as well as in the natural world. As far as our spirits are concerned, we grow warm exactly according to our loves, but as far as our bodies are concerned, we respond to both—the warmth of our spirits and the warmth of the world. The former flows into the latter, because they correspond.

We can determine the nature of the correspondence of these two kinds of warmth by looking at animals, whose loves—the primary one being for the procreation of offspring of their own species—break forth and become active in response to the presence and touch of warmth from our world’s sun, a warmth that comes primarily in spring and summertime.

from Heaven and Hell, Section 135

The fact that love is warmth of a spiritual origin can be seen from the way we grow warm in proportion to our love, even becoming inflamed and heated in proportion to its intensity and quality, with its full heat evident when we are attacked. This is why it is usual to talk about inflaming, heating up, burning, boiling, and kindling when we are talking about either the affections of a good love or the cravings of an evil love.

from Heaven and Hell, Section 134

Since heaven’s light is divine wisdom, people are recognized in heaven’s light for what they really are. Everyone’s inner nature shines forth from the face just as it is, with nothing whatever concealed. Further, the more internally minded angels love to have everything within them visible because they do not intend anything but what is good. It is different for people who are below heaven and do not intend what is good. They are profoundly afraid of being seen in heaven’s light. Remarkably, people in hell look human to each other, but in heaven’s light they look like monsters, with frightful faces and bodies, in the exact form of their evil.

from Heaven and Hell, Section 131

It stands to reason that the light in the heavens is spiritual and that that light is divine truth when we consider that we also have spiritual light and that we have enlightenment from it to the extent that we participate in intelligence and wisdom on the basis of divine truth. Our spiritual light is the light of our discernment, whose objects are things true that it arranges in order by a process of analysis and forms into relationships, and from which it draws a series of conclusions.

Natural people are unaware that the light that enables us to see such things is a real light because they do not see it with their eyes or notice it with their thought. Still, many people do recognize it and also distinguish it from the natural light in which they find themselves when they are thinking naturally and not spiritually. People are thinking naturally when they are focusing solely on this world and attributing everything to nature. They are thinking spiritually, however, when they focus on heaven and attribute everything to the Divine.

I have often been allowed to perceive that the light that illumines the mind is a true light, quite different from the light that we call natural light. I have also been allowed to see it. I have been gradually elevated into that light inwardly, and as I was raised up, my discernment was enlightened to the extent that I could grasp what I had been unable to grasp before, ultimately things that could in no way be comprehended by thought from natural light. At times I have resented the fact that they were incomprehensible [in natural light] when they were so clearly and plainly perceived in the heavenly light.

Since our mind does have light, we speak of it much as we do of our eyes—for example, that it sees and is in the light when it grasps something, and that it is in darkness and shadows when it does not; and there are many other similar sayings.

from Heaven and Hell, Section 130

Because the Lord in the heavens is divine truth and divine truth there is light, the Lord is called “light” in the Word, as is the truth that comes from him. Note the following passages:

Jesus said, “I am the light of the world. Whoever follows me will not walk in darkness, but will have the light of life.” (John 8:12)

Jesus said, “For a little while longer the light is with you; walk while you have the light, to prevent the darkness from overtaking you. While you have light, believe in the light, so that you may be children of light. I have come as a light into the world, so that anyone who believes in me may not remain in darkness.” (John 12:35, 36, 40)

Light has come into the world, but people loved darkness more than light. (John 3:19)

The people that sit in darkness will see a great light, and for those who were sitting in the shadow of death, a light has risen. (Matthew 4:16)

I will make you a covenant of the people, a light of the nations. (Isaiah 42:6)

I have established you as the light of the nations, so that you may be my salvation to the end of the earth. (Isaiah 49:6)

The nations that have been saved will walk toward his light. (Revelation 21:24)

Send out your light and your truth; let them lead me. (Psalms 43:3)

In these and other passages, the Lord is called “light” by reason of the divine truth that comes from him, and that truth itself is called “light” as well. Because the Lord as the sun is light in the heavens, when he was transfigured before Peter, James, and John

his face shone like the sun and his garments as light, sparkling and white as snow, as no fuller on earth could bleach them. (Mark 9:3; Matthew 17:2)

The reason the Lord’s garments looked as they did was that they were images of the divine truth that comes from him in the heavens. Garments in the Word mean truths as well,d so it says in David, “Jehovah, you clothe yourself with light as a garment” (Psalms 104:2).

from Heaven and Hell, Section 129

In short, to the extend to which angels are open to divine truth (that is, participate in intelligence and wisdom from the Lord), they have light. This is why heaven’s angels are called angels of light.

from Heaven and Hell, Section 128

PEOPLE who think solely on the basis of nature cannot grasp the fact that there is light in the heavens; yet in the heavens there is so much light that it is vastly greater than noonday light on earth. I have seen it often, even during our evenings and nights. At first I was amazed when I heard angels saying that our world’s light was nothing but shadow in comparison to heaven’s light, but now that I have seen it, I myself can bear witness. Its brightness and brilliance are beyond description. What I have seen in heaven I have seen in that light, and therefore more clearly and distinctly than what I have seen in this world.

We can therefore conclude that heaven’s light, in view of the nature of its source, is spiritual and not natural, as is its warmth.

Since the Lord is the sun of heaven, and since everything that comes from him looks toward him, the Lord is the common center, the basis of all direction and orientation. So too everything beneath is in his presence and under his control, everything in the heavens and everything on earth.

This enables us to see in clearer light the things that have been presented in the earlier chapters about the Lord, namely that he is the God of heaven (Sections 2–6), that his divine nature makes heaven (Sections 7–12), that the divine nature of the Lord in heaven is love for him and thoughtfulness toward our neighbor (Sections 13–19), that there is a correspondence of everything in our world with heaven, and through heaven with the Lord (Sections 87–115),105 and that the sun of our world and its moon are correspondent entities (Section 105). 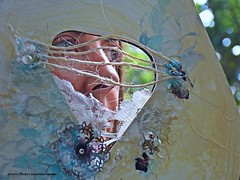