As for the number of the hells, there are just as many hells as there are angelic communities in the heavens, because there is a hellish community that corresponds inversely to each heavenly one. I explained in the chapter on the communities that constitute heaven (Sections 41–50) and the chapter on the vastness of heaven (Sections 415–420) that there are countless heavenly communities, all differentiated according to their virtues of love, thoughtfulness, and faith. The same holds true for the hellish communities, which are differentiated according to the evils opposite to those virtues.

There is an infinite variety to everything evil just as there is to everything good. People do not grasp this if they have only simplistic concepts of particular evils like contempt, hostility, hatred, vengefulness, deceit, and the like; but they should realize that each of these contains so many distinctive forms, each of which also contains distinctive or particular forms, that a whole volume would not be adequate to list them. The hells are so clearly arranged according to the distinctive features of everyone’s evil that nothing could be more definitely and clearly arranged. We can gather from this that they are beyond counting, some near each other and some far removed according to the general, specific, and particular differences of their evils.

Further, there are hells below hells. Some communicate by traffic to and fro, many by emanations, all in strict accord with the affinities of each genus and species of evil with others.

I have been given some knowledge of the number of the hells from the fact that they are underneath every mountain, hill, and cliff, every plain and valley, and that they stretch out there far and wide and deep. In short, it is as though the whole heaven and the whole world of spirits are hollowed out with one continuous hell under them. So much for the number of the hells.

from Heaven and Hell, Section 588 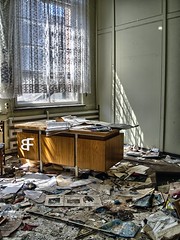 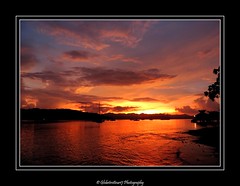