We can see from this where we get our freedom.

I need to say something else about the spirits associated with us. A whole community can establish communication with another community or with another individual in any location through a spirit emissary. This spirit is called the “agent” of the group. Much the same holds true for our union with communities in heaven and with communities in hell, through spirits associated with us in the world of spirits. On this matter too, see the references to Secrets of Heaven at the close of the chapter.

One last note, about our instinct concerning life after death that results from heaven’s inflow into us. There were some common people who had lived in the virtues of their faith in the world. They were brought back into a state like the one they had in the world (which can happen to anyone when the Lord allows it), and then shown what kind of notion they had had about our state after death. They said that in the world, some intelligent people had asked them what they thought about their soul after their life in the world, and they said they did not know what a soul was. Then the questioners asked them what they believed about their state after death, and they said they believed they would live as spirits. Next they were asked what kind of belief they had about spirits, and they said that spirits were people. Their questioners kept asking how they knew this, and they kept saying that they knew it because it was true. The intelligent people were amazed that simple people had this kind of faith when they themselves did not.

I could see from this that everyone who is united to heaven has an instinctive notion about life after death. The sole source of this instinctive notion is the inflow from heaven, that is, through heaven from the Lord, by means of spirits who are assigned to us from the world of spirits. This instinctive notion is possessed by people who have not stifled their freedom of thought by assumptions about the human soul that they have seized on and confirmed by various means, assumptions that the soul is either pure thought or some animate principle whose seat they seek in the body. However, the soul is nothing more nor less than our life, while the spirit is the actual person, and the body is an earthly thing we carry around in the world. It is only an agent through which our spirit, the actual person, acts in a way that is adapted to the natural world.

What I have been saying in this book about heaven, the world of spirits, and hell will be obscure to people who find no delight in knowing about spiritual truths; but it will be clear to people who do have this delight, especially to people involved in an affection for truth for its own sake—that is, people who love truth because it is true. Anything that is loved enters into the concepts of our minds with light, especially when what is loved is true, because all truth is in the light. 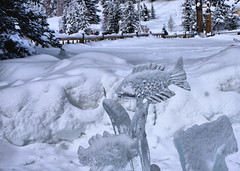 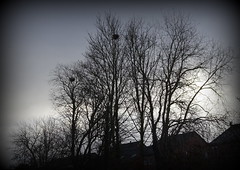